Suffering From Swollen Ankles? This Could Be the Underlying Cause

There’s a condition or symptom that many people have but they don’t realize it can be a  precursor to something worse. Something that, if it’s not taken care of, gets worse over time. And that is: swollen ankles

A lot of people get swollen ankles, especially when it’s hot out. But maybe it kind of goes away, or it only happens in certain situations. But for people who have chronic swollen ankles, it could indicate an underlying condition that, if left unaddressed, could become much worse.

The swollen ankles problem I’m talking about is the kind where you can actually see changes in your bony anatomy, in your foot, in your ankle bones. The bones seem to disappear. Or you get home from work and you remove your socks and it looks like you had a thick rubber band compressing your skin, and with your socks off, it looks like it’s still there. That’s abnormal, it’s not normal for that to happen. Or if you reach down and push down on your lower shin bone, just above your ankle, and when you take your finger away, your finger depression is still there. That too is a sign of chronic edema or swelling in that area.

For people in this situation, the blood pools down in the lower legs which can cause it to seep out and accumulate in the surrounding tissues. This could ultimately be associated with a  cardiovascular issue. Some people with longstanding poor venous return can experience discoloration to their lower legs. We call this stasis dermatitis. The stasis part of the term speaks to the blood pooling there and not flowing the way it’s supposed to. And the dermatitis part refers to that skin discoloration.

Poor venous return can lead to stasis dermatitis. But what it really comes down to is that the veins just aren’t functioning as well as they could. Oftentimes this happens because there’s an extra thickness to the blood. The viscosity of the blood is such that the flow of the blood through the blood vessels, through the veins, is not as efficient as it should be.

There are one-way valves in the lower extremities that are shaped kind of like this. And as blood pumps up and through, the valve traps it so it doesn’t regress. So as the blood keeps pumping, it can move up in the direction of the heart. But sometimes those valves can become weak and kind of leaky, and blood is allowed to return back down to the lower ankle. It doesn’t get fully brought out of the lower leg, and this is poor venous return.

There also can be an accumulation of a blood component called fibrin. When too much of it accumulates in the blood, it contributes to this blood sluggishness. When too much build up of fibrin and a few other factors come together, the patient is at an increased risk of developing blood clots.

Other risk factors associated with this are hormonal imbalances. Also long-term travel such as a long flight or a long drive when you’re stuck in a seated position. Any time you’re not getting proper movement though your legs could exacerbate this poor viscosity, poor blood flow, and could increase the accumulation. You might have noticed this, when you go on a long trip or you’ve been sitting for an extended period of time, you might see more swelling in your ankles than is typical for you. We know that long-flight crews often have an increased risk of developing things like a blood clot or deep vein thrombosis (DVT).

In the past there was not a lot of support in the natural medicine realm for this issue. Until finally a couple of decades ago, a substance was released in the natural medicine market that actually worked very well. The name of the original product was nattokinase. For people with this kind of condition or under circumstances where there’s a greater chance of blood pooling, of fibrin build-up, a greater chance of developing a deep vein thrombosis, using nattokinase helped to dissolve some of that fibrin.

Nattokinase works because it’s a fibrinolytic, which means that it helps to dissolve or break up fibrin. And it worked well, but not as well as what followed, something called Cardiokinase. The name changed and the substance changed a bit. Now it was a much more absorbable, much more effective substance.

I’ve used it in many cases where a person just wasn’t getting the right kind of treatment for their swollen ankles, poor venous return, stasis dermatitis, or blood clots. For these kinds of things where the treatment just wasn’t all that successful through a pharmaceutical route, we chose to use this fibrinolytic agent, Cardiokinase and it worked awesome. It has worked in many cases with my patients who have this issue.

There’s been interesting new research on this type of nattokinase that we call Cardiokinase. Wanting to make it even better, they explored whether something else can be taken along with it to make the Cardiokinase have even more fibrinolytic effect.

So I’ll just cut to the chase. They tried a bunch of different things, but the thing that really boosted the effectiveness and the fibrinolytic activity of Cardiokinase was fish oil. Specifically it was EPA and DHA, eicosapentaenoic acid and docosahexaenoic acid, which are abundant in fish oil. If you look on the back of a fish oil supplement, you’ll see that it lists the quantity of EPA and DHA.

And so what we learned in this recent study is that if you take EPA/DHA, in other words fish oil, along with the Cardiokinase, it has a really significant increase in the efficacy to break down fibrin, decrease the chance of poor viscosity, stasis dermatitis, and poor venous return.

This is a bottle of Cardiokinase and it contains a substance that’s actually derived from a fermented soy product called natto. The “kinase” part refers to an enzyme in the natto that was found to have a really remarkable fibrinolytic effect. It hasn’t really been found in any other natural sources. So this is a natural supplement; you don’t need a prescription for it. But it has a really significant effect on this fibrin that can build up in the blood, increasing the chance of problems like blood clots, stasis dermatitis, poor venous return, and that swelling of the ankles.

So if this is something that you or someone you know has an issue with, I would really urge you to consider taking Cardiokinase and also fish oil along with it.

There’s a small consideration pertaining to dosing that you’ll want to know about if you take Cardiokinase. The upside is that Cardiokinase works very effectively. The downside, if you want to call it that, is that it has a pretty short half-life in the system. It only has the fibrinolytic effect for maybe five or six hours. So you’ll want to take a capsule about every five or six hours, especially if you’re trying to prevent an issue that might arise from something such as a long plane flight or car trip, or you want to decrease swelling. Or maybe you’ve had a history of DVT and you want to prevent a future one. Or maybe you just have a swollen ankle and you’re looking for a natural substance that can help with that. You want to take it the right way. You want to have your determined dose, one to two capsules, about every five to six hours. Waking hours, obviously. Don’t wake yourself up in the middle of the night to take a capsule. But that’s what I’ve seen with my patients to be the most effective dose.

So that’s the message that I wanted to get across. Cardiokinase has been out for a little over a decade now. And its precursor, nattokinase, had been out for even longer than that. But this is kind of the newest version. But the take-home message is that adding fish oil to it really increases the effectiveness as a fibrinolytic agent.

So, hopefully that’s helpful. I will keep reading the studies and bringing you the information. Until then, keep it real.

Learn More About the Benefits of Cardiokinase + Get FREE Shipping 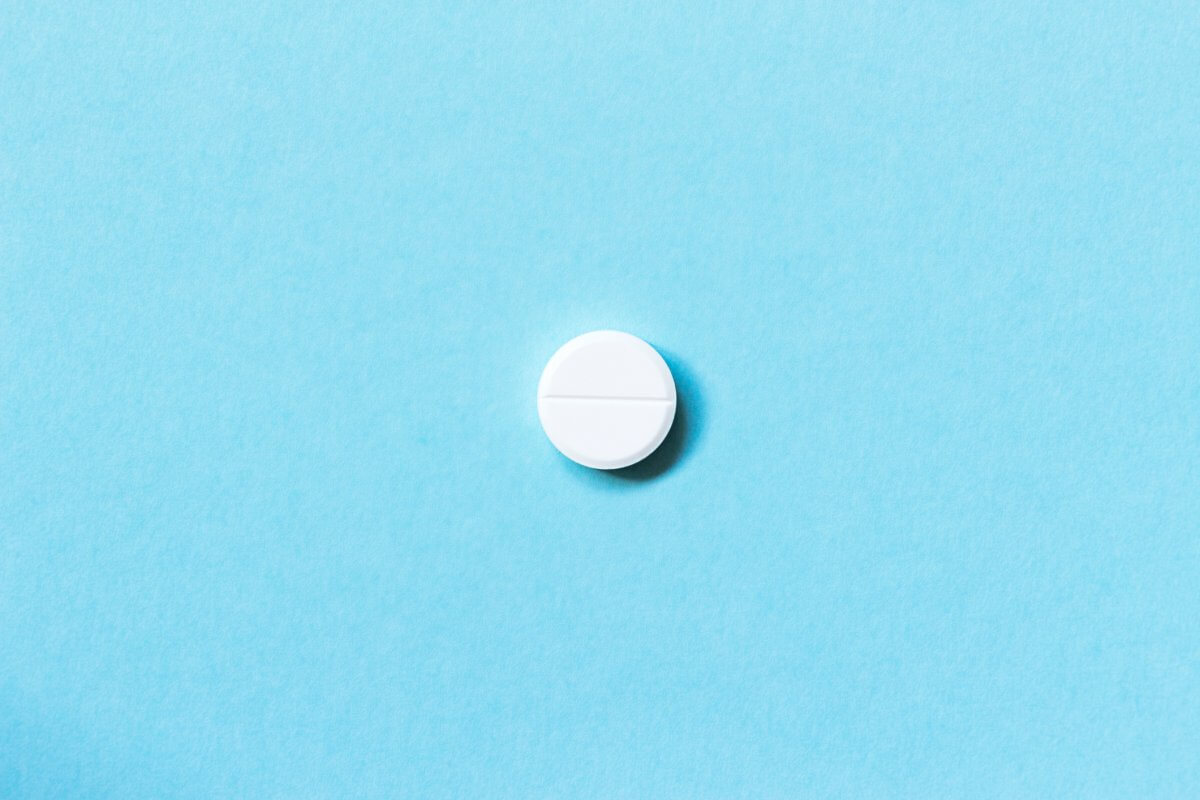 How Many Pushups Can You Do? It Might Show Your Risk Factor For This! 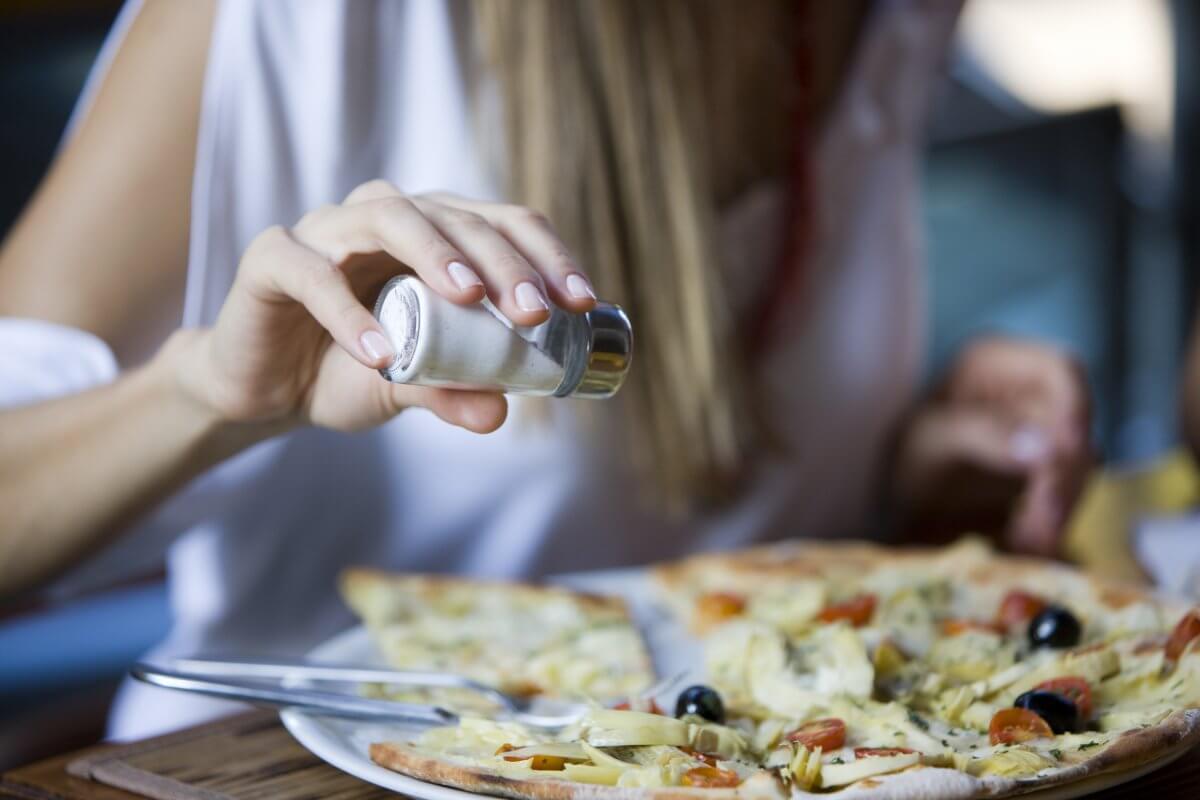 Comment Below to share your opinion on the health benefits of Cardiokinase. And if you like what Dr. Larson has to say, we’d love it if you could give us a share on social media!