Muscle Tension? Trouble Sleeping? Fatigue? You Could Be Low In This Mineral

Remember, one of the main reasons we’re talking about micronutrients is that prescribing a pharmaceutical medication so often takes the place of evaluating and treating nutrient deficiencies, which are really common. As we’ve talked about in past episodes, they’re truly vital to human health, but they’re often not tested and they’re not appropriately treated.

We know that many conditions that probably could be corrected just with simple nutrients are often addressed with prescription medication. I’m going to give you some examples with regard to the nutrient that we’re discussing today.

Already we’ve talked about a lot of key micronutrients. There are so many, and we may never get to some of them. But we’re making sure to cover the ones that are commonly deficient, and at the same time very important foundational nutrients to normal human physiology.

Today we’re going to talk about magnesium. I can’t really think of a nutrient I more often prescribe to supplement a diet than magnesium. It serves a multitude of purposes in the body, and yet deficiencies are so common in  the population. One study from 2018 that evaluated magnesium levels in the diets of Americans found that 75% of people in the U.S. have a magnesium-deficient diet. This is significant for lots of reasons that I’ll get to in just a moment.

But we know that magnesium is required for approximately 300 different biochemical reactions in the body. It’s used as a cofactor in the production of other things such as hormones, neurotransmitters, and certain antioxidants like glutathione. Magnesium is a required cofactor to create all those things. So when magnesium is just a little insufficient, and certainly if it’s deficient, this is going to influence your body’s ability to make those downstream nutrients, those downstream physiological products that the body needs in order to function normally.

There’s a wide variety of organ systems that can develop symptoms when you have a magnesium deficiency. One of the most common is muscle tightness, muscle pain, and conditions like fibromyalgia. And it can manifest as much more run-of-the-mill things like generalized muscle tension. Nighttime leg cramps are a common complaint for many people. That’s a magnesium deficiency until proven otherwise. Magnesium fixes that more often than not.

Also, consider the number one muscle in the body, the heart. The heart absolutely requires regular, consistent sources of magnesium. If the heart doesn’t have enough magnesium, you can start to get arrhythmias, heart palpitations. Most people have experienced this at some point in their life. The heart feels like it skips a beat, or it has extra beats. This is arrhythmia and it can result from magnesium deficiency. If it’s allowed to advance, it can develop into hypertension or elevated blood pressure. So this is a perfect example of a situation where a patient will probably be prescribed a blood pressure medication when all they really needed was a good source of magnesium. They could be instructed on how to get more of it in their diet (we’ll come back to that in a little bit), or could be put on a high quality supplement. That’s all they really needed, but now they’re on a lifetime medication for their blood pressure.

Just to be clear, there are many cases in which blood pressure medications are absolutely necessary and life-saving. But in some of the more mild to moderate cases of hypertension, all that’s needed is an understanding of basic physiological heart function, and magnesium is part of that function.

Another common symptom of magnesium deficiency is constipation. We know that the gastrointestinal tract needs a certain amount of magnesium. And then we come to a kind of a triad, three different but interrelated things, all influenced by magnesium.

Number one is sleep. We know that magnesium works as kind of a “calmer downer” for the system. If you’re not getting good sleep because the body’s just too agitated, magnesium can help to calm the system down. In fact, it could be a lack of magnesium that’s causing the body not to have proper sleep tone.

When you’re not getting good sleep at night, you’re going to feel fatigued during the day. Fatigue is another really common symptom of low magnesium.And when we’re not getting enough sleep, we’re more vulnerable to anxiety and other mood-related disorders. We know that magnesium is necessary for the production of neurotransmitters like serotonin and dopamine, things that directly influence our mood. But even just the lack of sleep can influence our mood, leading to symptoms like anxiety. Magnesium can be a key nutrient to help with all that.

Another problem from low magnesium is headaches. There are different types of headaches. I treat a lot of people for tension headaches and migraines. And sometimes a really strong tension headache can feel like a migraine. But here’s the thing: magnesium can help with both tension headaches and migraines. It should be a first line therapy for people with migraines, educating them on good sources of magnesium. I would first gauge their levels with a laboratory test (I’ll talk about that in a moment). But even without that, I’d be perfectly confident just prescribing extra magnesium for somebody with chronic migraines. We’d probably be doing other things as well, but I would put magnesium near the top of the list of things to consider.

But how can we get more of it through the diet? First of all we’re assuming that the foods I’m about to list for you were grown in really healthy soil which allows the magnesium to get into the food. That’s a pretty strong assumption, understanding that the soils are more and more depleted, and the foods we think of as rich in nutrients don’t always have the levels of nutrients  that we’d want.

But if somebody is especially deficient in magnesium, we actually want to supplement their diet. We don’t just assume that if they eat those foods, they’re going to get adequate levels of magnesium. Oftentimes, if I really suspect a magnesium deficiency, I’ll test the individual. A lot of patients will say, “I’ve had my blood work done and my magnesium was perfectly fine.” However it might not actually be true. The standard magnesium marker, which we call serum magnesium, represents probably less than three percent of your body’s magnesium levels. It’s just not very representative of true magnesium. So the level of magnesium that’s floating around in the serum might appear to be just fine, but is magnesium actually penetrating into the cells? To get a better idea, we look at a more sophisticated marker called RBC or red blood cell magnesium. That gives you a more representative level of how the magnesium is penetrating the cells.

Magnesium oxide is what I consider a poor form of magnesium supplement. It has very poor absorbability so I would encourage you to stay away from magnesium oxide. Another one is magnesium gluconate, and I’m not a big fan of that, either. I don’t think gluconate and oxide are good forms for trying to get magnesium. And this is sort of true of most minerals. The supplement begins with the name of the mineral, like zinc or magnesium or calcium. But the word that follows is almost as important as the name of the mineral itself because that’s what really tells us how it’s penetrating into the system. Oxide and gluconate are two that I would stay away from.

There are times when I would use another form called magnesium malate, if I really want the magnesium to penetrate and support the muscles. If the only sign of magnesium deficiency is in the skeletal muscles, or maybe they have tension headaches, or there’s lots of tension in their upper trapezius or the lower back, or every night their ankle or calf muscles are cramping. In cases like these, magnesium malate is the right call. The malic acid in it helps it to penetrate the muscles more. Also for patients with fibromyalgia, I might go with magnesium malate.

Lastly, there’s a somewhat newer form of magnesium called magnesium threonate. There’s not yet much research behind it, but it’s interesting and I think it’s positive, a real up-and-coming form of magnesium as far as penetration into certain cells in your system. It seems to penetrate the mitochondria a little bit more. We’ve talked about mitochondria many times, the engine of your cells that helps your body to fuel and make ATP. Magnesium threonate is something we’ll probably talk more about in the future. But really, magnesium glycinate is the one I’d still suggest for most people.

We talked about magnesium and its effect on the body. The symptoms, signs, and conditions that you want to pay attention to. Food sources and the best forms of magnesium supplementation. So, hopefully that’s helpful. We’re going to continue this series talking about micronutrients. So until then, keep it real. 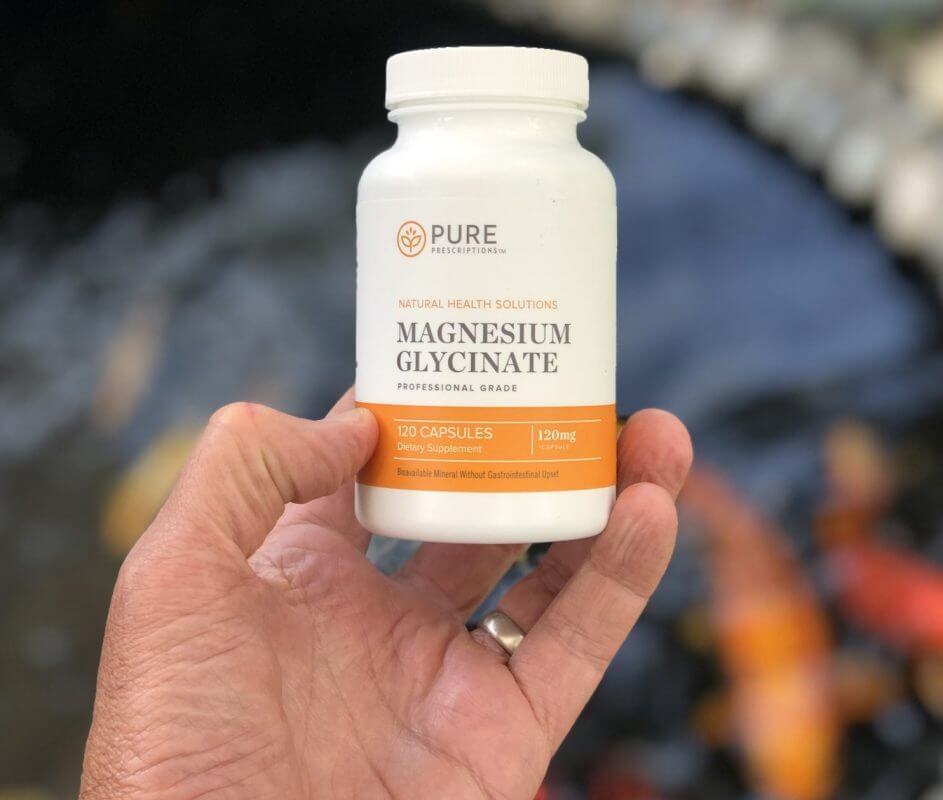 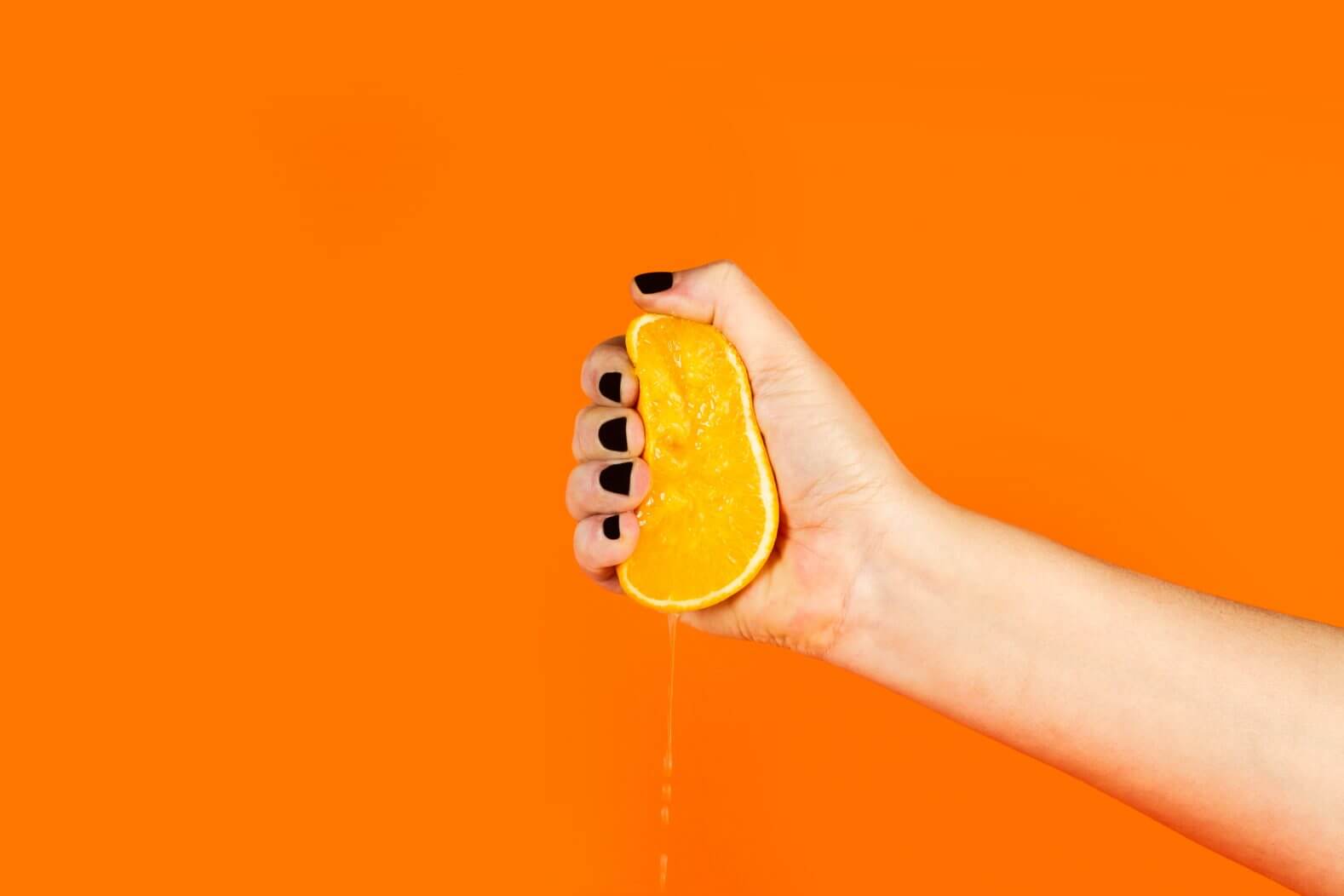 Understanding The Antioxidant Power of This Key Nutrient

Comment Below to share your opinion on how to supplement Magnesium Glycinate deficiencies. And if you like what Dr. Larson has to say, we’d love it if you could give us a share on social media!