In Episode 50 of His Keep It Real Video Series, Dr. Larson Discusses Why Dopamine Is So Important.

Dr. Larson recently spoke at the 8th Annual Conference of the International Association of Functional Neurology and Rehabilitation regarding the importance of dopamine. His lecture titled “Dopamine the Great Motivator, How Dopamine Deficiency Hijacks Your Ability to Get Stuff Done”, outlined the importance of having the proper amounts of dopamine in the body and the effectiveness of the body’s ability to use it. He also discussed how any disruption in either maintaining a proper level of dopamine or being able to process it in the body, can severely affect the brain.

What Is Dopamine & How Dopamine Is Made

Although dopamine is made in various parts of the body including the brain, the kidneys, and the immune system, the focus of Dr. Larson’s lecture was on how dopamine is made and how it effects the brain. Dopamine is a neurotransmitter that was pretty ignored in the area of medicine and science until 1910 when it was first synthesized. First called 3,4-dihydroxy-phenyl-ethylamine, not much was known about it or its importance. Considered just one of many biochemicals in the brain, it’s relevance to brain activity and other functions in the body was largely ignored and misunderstood until the 1950s.

A Little History About Dopamine

In the early 1950s, dopamine was considered nothing more than an intermediary step to two other biochemicals, epinephrine (AKA adrenaline), and norepinephrine. Considered only a co-factor, dopamine was thought to be a stepping stone for these two essential catecholamines. It wasn’t until the mid to late 1950s that scientists began to understand what dopamine was and to have a better understanding of how it is used in the body.

When scientists began to dissect the brains of Parkinson’s patients, they found that dopamine had many receptors. As they found more and more dopamine receptors, they began to realize that dopamine was not just an intermediary biochemical, but that it was a much more relevant neurotransmitter. Neurotransmitters are the “juice” that dictates what the nerves that they flow to feels and what they mean, so having a lot of receptors meant that dopamine had a significant function in the brain. There are many neurotransmitters in the body like serotonin and GABA and they all perform a specific function. Dopamine’s contribution was a whole lot more than scientist understood up until the 1950s.

Parkinson’s Disease is a condition where the body loses involuntary muscle control, and the person is usually afflicted with tremors. What the scientists found was that when they dissected the brain of those patients diagnosed with Parkinson’s disease there appeared to be a deficiency of dopamine. So, they hypothesized that dopamine was responsible for muscle action. As a result, they began to give Parkinson’s patients L-Dopa, a precursor to the production of dopamine, and they saw a decrease in tremors. What they also witnessed was that patients did have a decrease in involuntary muscle movements. Therefore, researchers concluded that dopamine is responsible for muscle control.

In the 1970s, researchers began to understand that dopamine was responsible for “pleasure” neurotransmission. When people took recreational drugs and alcohol, it would cause an increase in dopamine in the brain, which is why people initially experience euphoria and pleasure. Understanding its importance for pleasure was the beginning of discovering the basis of addiction. As the dopamine begins to flood the brain through the use of drugs and alcohol, the receptors in the brain begin to become overloaded and are shut off. Since dopamine can only be experienced through receptors in the brain, if they begin to shut down, it takes more amounts of dopamine to feel the same “high” or to experience pleasure. It takes more of the substance, like drugs or alcohol, to get the same effect or to feel pleasure. It is the constant need for more that can lead to addiction.

Recent studies indicate that it isn’t just recreational drugs or alcohol, things like cell phones may also become an addiction if you get pleasure from the constant messages. Like a reward, your brain craves the high of the dopamine rush that your cell phone creates.

In 1990, researchers discovered how dopamine is responsible for decision-making in the brain by helping to make cost-benefit ratio analysis. Our hunter-gatherer ancestors had to make instinctual decisions based on cost versus benefit analysis. For instance, they had to decide if it was worth it to move ten miles over treacherous terrain to find and kill water buffalo to survive. That meant that they had to decide if the cost was worth the benefit of risking the move. In modern times, a normal supply of dopamine allows a person to be motivated to take the risk when the cost is low enough. It allows a person to see that taking a risk is worth the reward of taking action.

Dopamine is made in the liver and finished in the brain. An amino acid called phenylamine is an essential amino acid that we can’t make in the body and have to get from our food that eventually gets converted to tyrosine in the liver. An essential amino acid is one that the body can’t make itself; it needs to get it from the foods that you eat.
L-Tyrosine starts in the liver and gets transported across the blood/brain barrier and then it is converted into L-Dopa. L-Dopa is then converted into dopamine in the basal ganglia (ventral tegmental area and substantia nigra) of the brain. Because the chain from amino acid to the production of dopamine has a long path, it is easy to see how the production and the processing of it have many ways for things to get “messed up.” Many things can affect your body’s ability to maintain a healthy supply of dopamine such as liver issues, protein deficiency, and nutrient deficiency.

Why Is Dopamine Important?

Dopamine serves a vast number of functions in the body. Responsible for muscle action, feeling pleasure, decision making, neuropsychiatric conditions, and addiction, maintaining a healthy supply is integral to your overall mental and physical health.

What About Dopamine Supplements?

Pure Encapsulations is one of our most trusted brands that we have been carrying since 2000 and they have a good product to support the production of dopamine. The product is called DopaPlus. 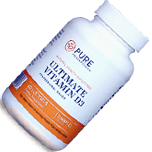