Suggested Use: All-natural AllerPhase® is a unique herbal formula designed for individuals sensitive to seasonal and perennial pollens, house dust, molds and pet dander. The proprietary blend of herbal extracts contained in AllerPhase works by supporting the overall health of the respiratory system, especially during seasonal outbreaks that can affect the nose, sinuses and lungs the most. AllerPhase also maintains a healthy immune response to aid in regulating the potential for future exposures.*

In Stage 1, the body has identified a substance as a potential threat, prompting a specialized class of cells called macrophages to destroy the substance. This in turn, leads the immune system to begin producing immunoglobulin E (IgE). Individuals prone to seasonal respiratory discomfort have been shown to create high levels of IgE antibodies.

In Stage 2, with the next exposure to the substance, the newly created IgE molecules begin to bind with the substance, unleashing a chemical cascade as mast cells begin to degranulate and release histamine and other inflammatory chemicals cytokines, interleukins, leukotrienes, and prostaglandins into the surrounding tissues.

Stage 3 usually occurring 2 to 24 hours after the initial response, is characterized by the influx of additional inflammatory cells, generating a new wave of issues as the newly recruited cells begin secreting chemicals of their own to sustain the inflammatory process.

Centipeda, Xanthium, Angelica and Schizonepeta have traditionally been used to support healthy nasal and sinus functions.

Volatile oils from Centipeda have been shown to modulate anti-inflammatory action by inhibition of pro-inflammatory cytokines in rat model. (1) In a related study, Centipeda demonstrated effectiveness against ragweed pollen model by regulating the infiltration of eosinophil and mast cell proliferation. (2)

An active ingredient in Xanthium exhibits significant selective modulation of superoxide anion generation by human neutrophils induced by formyl-L-methionyl-L-leucyl-L-phenylalanine, with an IC50 value of 1.72 mcg/mL. (3)

Methoxy-8-(2-hydroxy-3-buthoxy-3-methylbutyloxy)-psoralen has been shown to regulate the cyclooxygenase-2 (COX-2)-dependent phase of prostaglandin D(2) generation in bone marrow-derived mast cells (IC50, 23.5 mM). In addition, this compound consistently modulated the production of leukotriene C(4), demonstrating the ability to modulate both cyclooxygenase-2 and 5-lipoxygenase activity. Furthermore, this compound also affected the degranulation reaction (IC50, 4.1 mM). (4)

Schizonepeta tenuifolia extracts exhibit immunomodulation of the inflammatory response by regulating cytokine release, specifically the release of Th1 and Th2 cytokines from T cells as well as the unprimed CD4 T cells from differentiating into Th1 and Th2 cells. (5)

AllerPhase also supports recovery from tissue swelling – an important component of seasonal respiratory issues – by including Fritillaria, Angelica, Paeonia and Platycodon. Another combination of herbs – Centipeda, Fritillaria, Platycodon and Licorice – aid the body by regulating against the accumulation of fluids.

In one study Fritillaria modulated airway inflammation by suppression of cytokines, IgE, histamine production, and eosinophilic accumulation along with increased interferon-gamma production in tests on lung tissue. (6)

The root of Paeonia lactiflora has been used frequently in traditional medicines of Korea, China and Japan. Research suggests that constituents in Paeonia lactiflora – paeoniflorin and paeonol – can modulate IgE-induced scratching behaviors and mast cell degranulation. (7)

Platycodon root has been shown to regulate the NF-kappaB pathway, specifically inhibiting the expression of lipopolysaccharide-induced iNOS and COX-2 genes at the transcriptional level. (8)

Glycyrrhizin from Glycyrrhiza root has been shown to modulate airway constriction, lung inflammation and infiltration of eosinophils in bronchial areas by stimulating CD4 and CD8 immune cell function. (9)

While many of the herbs in AllerPhase are directed towards supporting a healthy immune response to seasonal respiratory discomforts, AllerPhase also supports overall general immune system function. Paeonia and Pseudostellaria have been shown to promote liver and lung function to support proper, overall immune function. These herbs are likely to be partly responsible for helping to regulate the potential for future episodes of seasonal respiratory discomforts.

The herbs in AllerPhase have a long history of safe use in Traditional Chinese Medicine for seasonal respiratory discomforts. AllerPhase is a non-drowsy formula that doesn’t cause fatigue or fuzzy thinking. And since AllerPhase is not a CNS stimulant the formula does not cause the wired sensation typical of certain OTC preparations.

Supplement Facts:
Suggested Use: All-natural AllerPhase® is a unique herbal formula designed for individuals sensitive to seasonal and perennial pollens, house dust, molds and pet dander. The proprietary blend of herbal extracts contained in AllerPhase works by supporting the overall health of the respiratory system, especially during seasonal outbreaks that can affect the nose, sinuses and lungs the most. AllerPhase also maintains a healthy immune response to aid in regulating the potential for future exposures.* Directions: Adults: Take one or two vegetarian capsules, twice daily. Children ages 6 to 12 years: one capsule, one to two times daily.
One capsule contains:
Other Ingredients: Hydroxypropyl methylcellulose, purified water (vegetarian capsules)
(-) There is no %DV or the manufacturer has not provided this data.
Allergies and Sensitivities
Allergies are responses mounted by the immune system to a particular food, inhalant (airborne substance), or chemical. In popular terminology, the terms “allergies” and “sensitivities” are often...
https://pureprescriptions.com/health-library/articles/assets/health-condition/allergies-and-sensitivities/~default
Detoxification Therapy
Entails ridding the body of various toxins absorbed from the earth's atmosphere, food, soil, and water. Toxins can be found in a variety of consumer goods...
https://pureprescriptions.com/health-library/articles/assets/health-condition/depression/~default
Immune Function
Article discusses the functions of the immune system, various categories of immune response and what supplements work best.
https://pureprescriptions.com/health-library/articles/assets/health-condition/immune-function/~default
Add to Wishlist 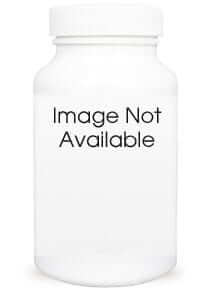 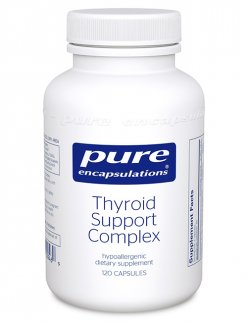 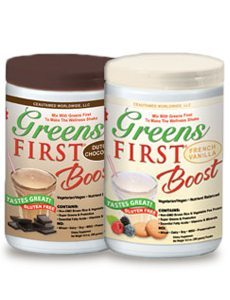 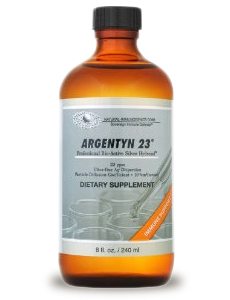 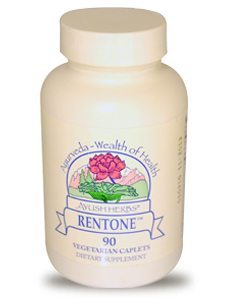 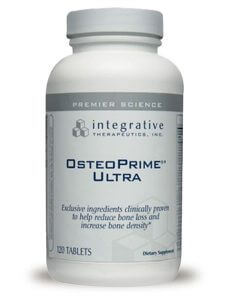 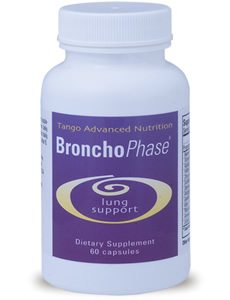 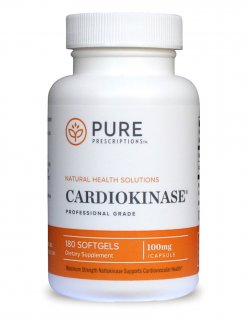 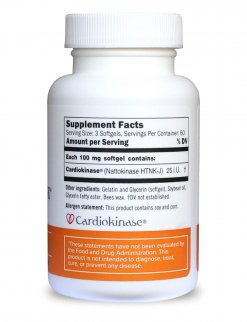 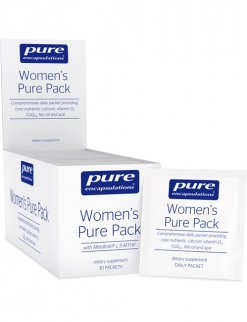 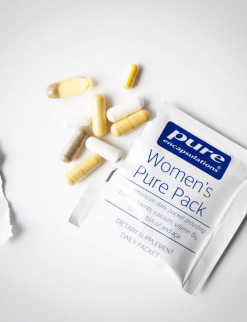 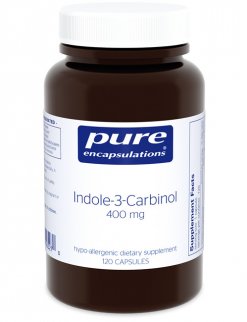 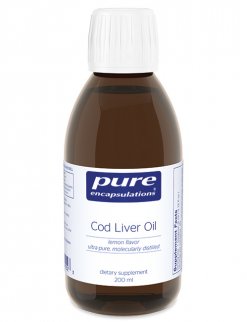 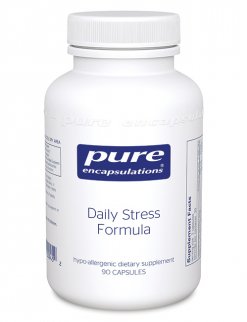 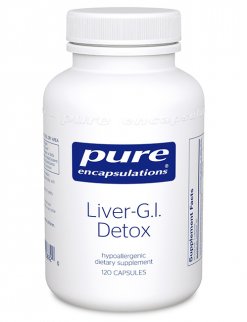 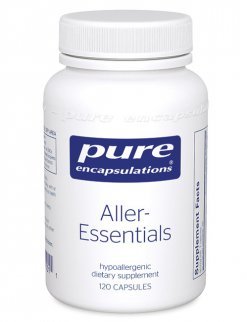 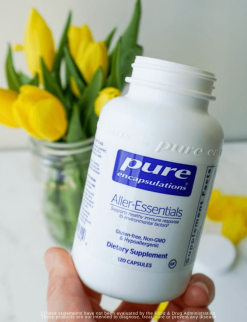 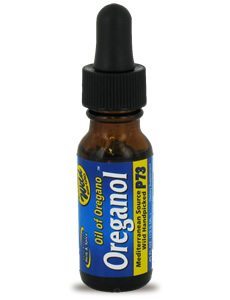 $29.99
*Want Free Shipping? If you are located within the Continental United States (Lower 48), you will get standard FREE Shipping on you entire order with No minimum order amount is required! Rewards Program details here.