Zinc interferes with viral replication in test tubes, may interfere with the ability of viruses to enter cells of the body, may help immune cells to fight a cold, and may relieve cold symptoms when taken as a supplement.1 In double-blind trials, zinc lozenges have reduced the duration of colds in adults but have been ineffective in children.2, 3, 4, 5 Lozenges containing zinc gluconate, zinc gluconate-glycine, and, in most trials, zinc acetate6, 7 have been effective; most other forms of zinc and lozenges flavored with citric acid,8 tartaric acid, sorbitol, or mannitol have been ineffective.9 Trials using these other forms of zinc have failed, as have trials that use insufficient amounts of zinc.10 For the alleviation of cold symptoms, lozenges providing 13 to 25 mg of zinc (as zinc gluconate, zinc gluconate-glycine, or zinc acetate) are used every two hours while awake but only for several days. The best effect is obtained when lozenges are used at the first sign of a cold.

An analysis of the major zinc trials has claimed that evidence for efficacy is “still lacking.”11 However, despite a lack of statistical significance, this compilation of data from six double-blind trials found that people assigned to zinc had a 50% decreased risk of still having symptoms after one week compared with those given placebo. Some trials included in this analysis used formulations containing substances that may inactivate zinc salts. Other reasons for failure to show statistical significance, according to a recent analysis of these studies,12 may have been small sample size (not enough people) or not enough zinc given. Thus, there are plausible reasons why the authors were unable to show statistical significance, even though positive effects are well supported in most trials using gluconate, gluconate-glycine, or acetate forms of zinc.

For a Full Listing of All Zinc Products, Click Here! 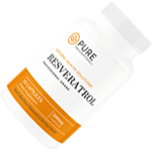