We all have things we’d like to change about ourselves. Many of these things are just small habits that slowly grew, little by little over time to a point of dissatisfaction. Changing, or reversing these habits like they formed won’t simply happen overnight or come in the form of a magic bullet. Dr. Chad Larson gives you the tips necessary to help you along your health journey. One step before the other…Little by little!

Making small changes do add up to big changes. Starting with simple tasks like making your bed daily will set you up for other healthy habits throughout your day. Each time you make a small positive dietary change, it not only improves your health incrementally, but it also helps you to feel successful and pushes you to try again and again, and before you know it, you are a much healthier new you! DR. CHAD LARSON 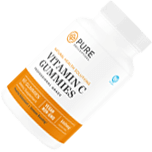