Things You Should Know Before You Get the Flu Shot

In episode 57 of his video series, Dr. Larson discusses:

This year the flu season started earlier than normal, has gone on longer, and the severity of the symptoms have been much greater than in recent years. Research published in PNAS or Proceedings of the National Academy of Sciences, took a look at hundreds of subjects and found two very important conclusions. They evaluated and measured the viral particles that become aerosolized from participant’s mouths.
What they found is that contrary to what has been believed in the past, you don’t need to come into contact with someone who is coughing or sneezing to have a high degree of infection from one person to the next. Causal communication emits enough aerosolized viral particles to infect someone.

The conclusion is that before you decide to have any vaccination, it is important to be an informed consumer and know both the pros and the cons. Although a highly divisive debate, just like any medical procedure, it is important for the consumer to be aware of both pros and cons of being vaccinated, to make the best decision.

Beat the Flu with These Two Simple Strategies

Should You Vaccinate Your Child? 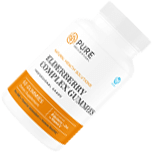