Introducing The Nastiest Fruit In The World!

Posted on April 27, 2017July 25, 2017 by devin ryerson
Strawberries, they’re everywhere. My kids love them in in their yogurt and I’ll blend them up when doing our pancake Saturday’s. My wife will include thinly sliced strawberries in my girl’s lunch. As a parent, I like them too- Who doesn’t?

Being a California Native and living here most all my life I often see strawberry fields when driving around California. From the big commercial Farms up near Santa Cruz California to smaller fields all around San Diego. Heck, I even grew a few in my backyard here in San Diego. Simply put, strawberries grow like weeds in California and as a matter of fact, an overwhelming percentage of strawberries consumed by Americans come from California growers-an estimated 75%!

In our household, we always buy organic whenever possible, but with strawberries there is no exception. Strawberries are #1 on a list known as The Dirty Dozen. Dirty, because these 12 foods are sprayed with the most pesticides.

Want To See What Other Fruits & Veggies On That List?

Here’s A Link To The Dirty Dozen

According to The Environmental Working Group (EWG), Americans eat almost 8 pounds of strawberries per year – and with them dozens of pesticides, putting chemicals that have been linked to cancer and reproductive damage. Most of these pesticides are completely banned in Europe.

Personally, I probably eat over 10x that amount of strawberries every year.

So the Jury’s out, non-organic strawberries use a ton of pesticides making them the #1 nastiest food on the EWG’s Dirty Dozen List – But, let’s just do a quick recap and highlight what pesticides can’t do for your health.

Just how bad are the pesticides and chemicals used on strawberries?

According to the EWG, some pesticides are fairly harmless. But like we said, some are linked to cancer and reproductive problems. Other pesticides used on strawberries have been linked to developmental damage, hormone disruption and neurological problems. Among the worst:

As disturbing as these results are, they do not any break any U.S. laws and regulations on pesticides in food.

It just goes to show that the laws may be too lax set forth by the EPA. Regardless, the people ultimately vote with their dollar and that’s why the organic industry is booming.

Just look around – everywhere on the foods and beverages, you’ll notice an increasing number of products labeled USDA Certified Organic and GMO-Free which leads me to the the next question piqued from a an ‘outrage-based’ headline last week in regards to fumigants used on organic strawberry crops.

Fumigants (typically methyl bromide) are acutely toxic gases that kill every living thing in the soil. Some were originally developed as chemical warfare agents, now banned by the Geneva Conventions.

I’ll post more on fumigants soon! In the meantime, have a look at this video made a few years ago that gives a history of fumigants used on strawberry’s. 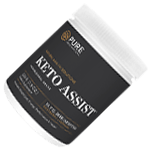