In episode 60 of his video series, Dr. Larson discusses:

In recent years, the incidence of hormonal imbalance and autoimmune conditions have been on the rise. Hashimoto’s thyroiditis is a condition that combines the two. It is a condition where the autoimmune system targets the thyroid gland and reduces the thyroid’s ability to produce T4 leading to hypothyroidism. The symptoms of Hashimoto’s thyroiditis are fatigue, constipation, the hair becoming brittle and dry, and it reduces the production of neurotransmitters, which can alter someone’s mood and make them feel depressed.

In this study, the researchers took a group of participants who presented with Hashimoto’s thyroiditis and divided them into two groups. Both groups were taking a medication called levothyroxin, a medication that boosts levels of T4 in people with hypothyroidism. One group continued to just take the medication, while the other group received both the medication and a supplement of selenium.

The results were that the group that had the addition of selenium were shown to have a reduction of TPO antibodies, which means that the immune system’s destructive process on the thyroid was decreased. Therefore, the addition of the medication boosted the production of T4, and taking selenium alongside it, decreased the way that the autoimmune reaction destroys the thyroid’s ability to produce T4.

Selenium is a micronutrient, so the body needs very little supplementation. In fact, most daily supplements have enough in them to reduce deficiency. Just about 200 micrograms a day is all that someone requires. Brazil nuts are also an excellent source of selenium. Each nut contains about 50 micrograms, so eating just 4-5 a day, can increase your levels of selenium. Since selenium is also required to convert T4 to T3 in the liver, as discussed in previous episodes, getting enough is critical to your overall wellbeing. Selenium might be a micronutrient, but it has a macro effect on many of the body’s processes. 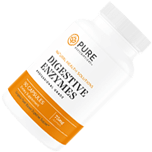