How CBD Works In The Body

What is Cannabidiol (CBD)?

CBD is one of approximately 100 phytocannabinoids naturally occurring in hemp plants. Cannabinoids refer to molecules found in the cannabis plant that interact with cannabinoid receptors. Common cannabinoids include: D9-THC, THCV, CBD, CBDV, CBG and CBC. 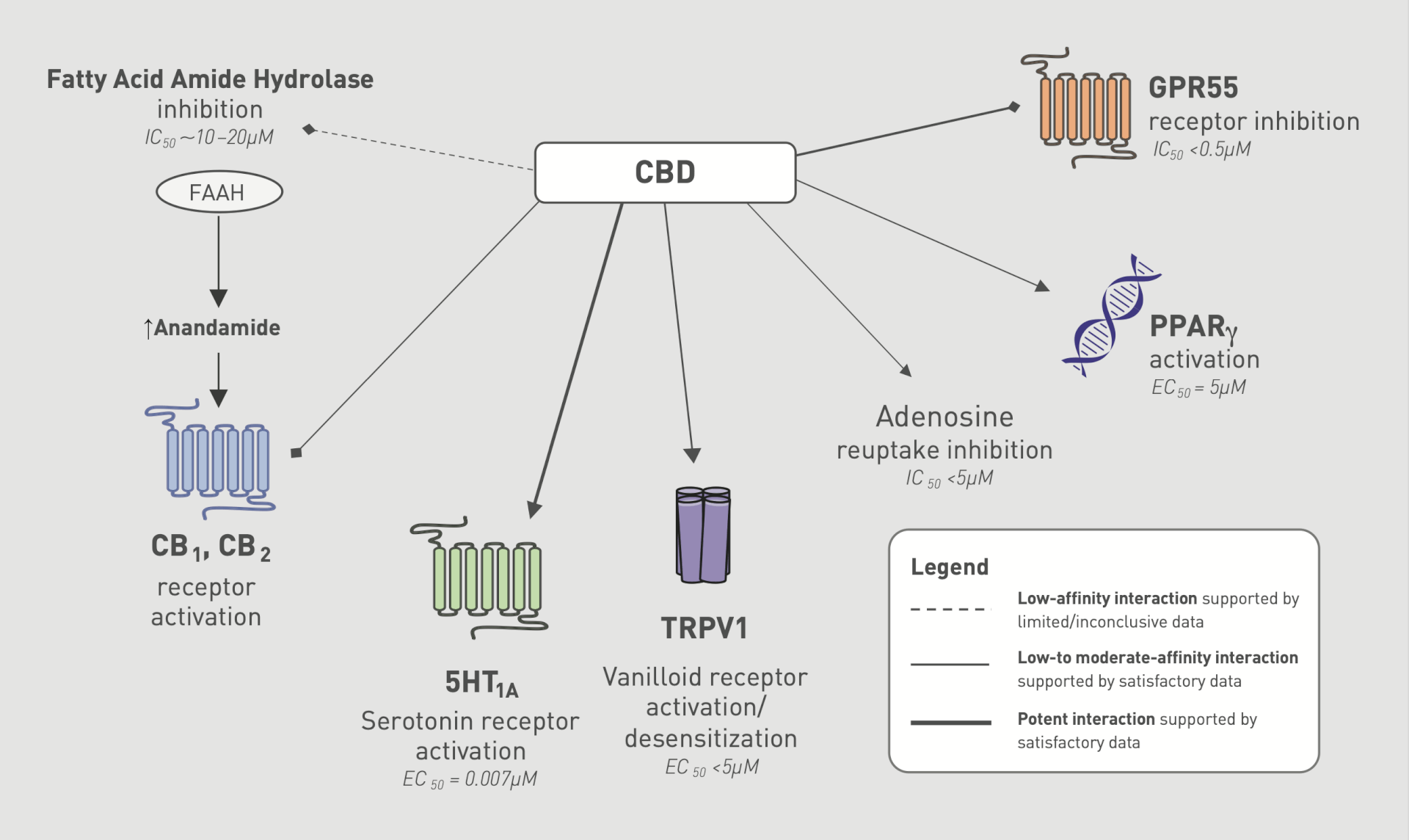 THE ECS IN THE CNS

The two major endocannabinoids — anandamide and 2-AG — activate two different cannabinoid receptors: CB1 and CB2. The CB1 receptor is primarily expressed on neurons in the brain and nervous systems; a main function is to inhibit excitatory neurotransmission. 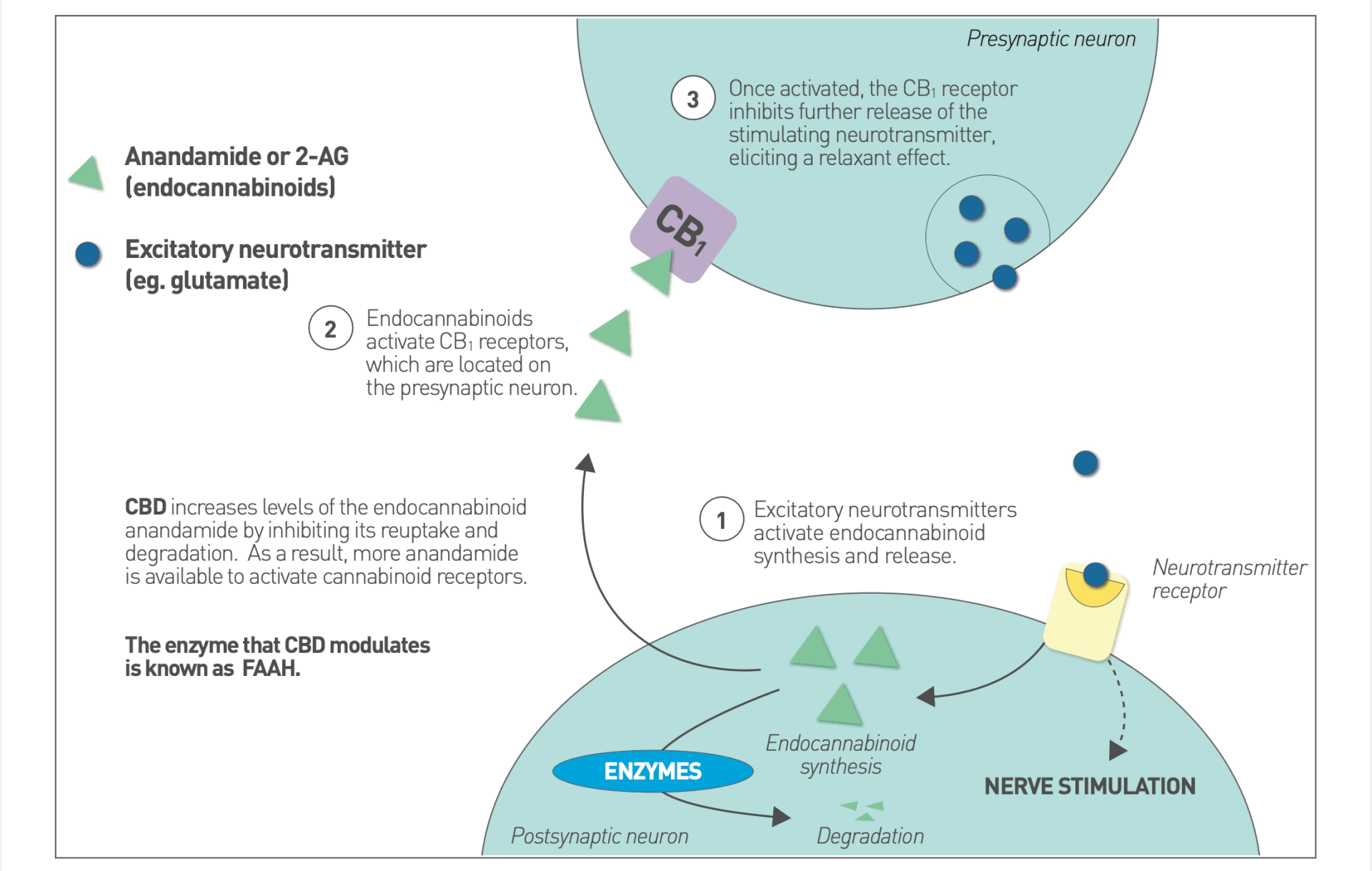 THE ECS IN THE PERIPHERY

The CB2 receptor is located primarily in the gut, immune system, and periphery, where it modulates the immune response and downregulates the production of cytokines, such as IL-6, IL-1β, TNFα, IFNβ, and IFNγ. The levels of anandamide and 2-AG are tightly controlled by the balance of synthesis and degradation. 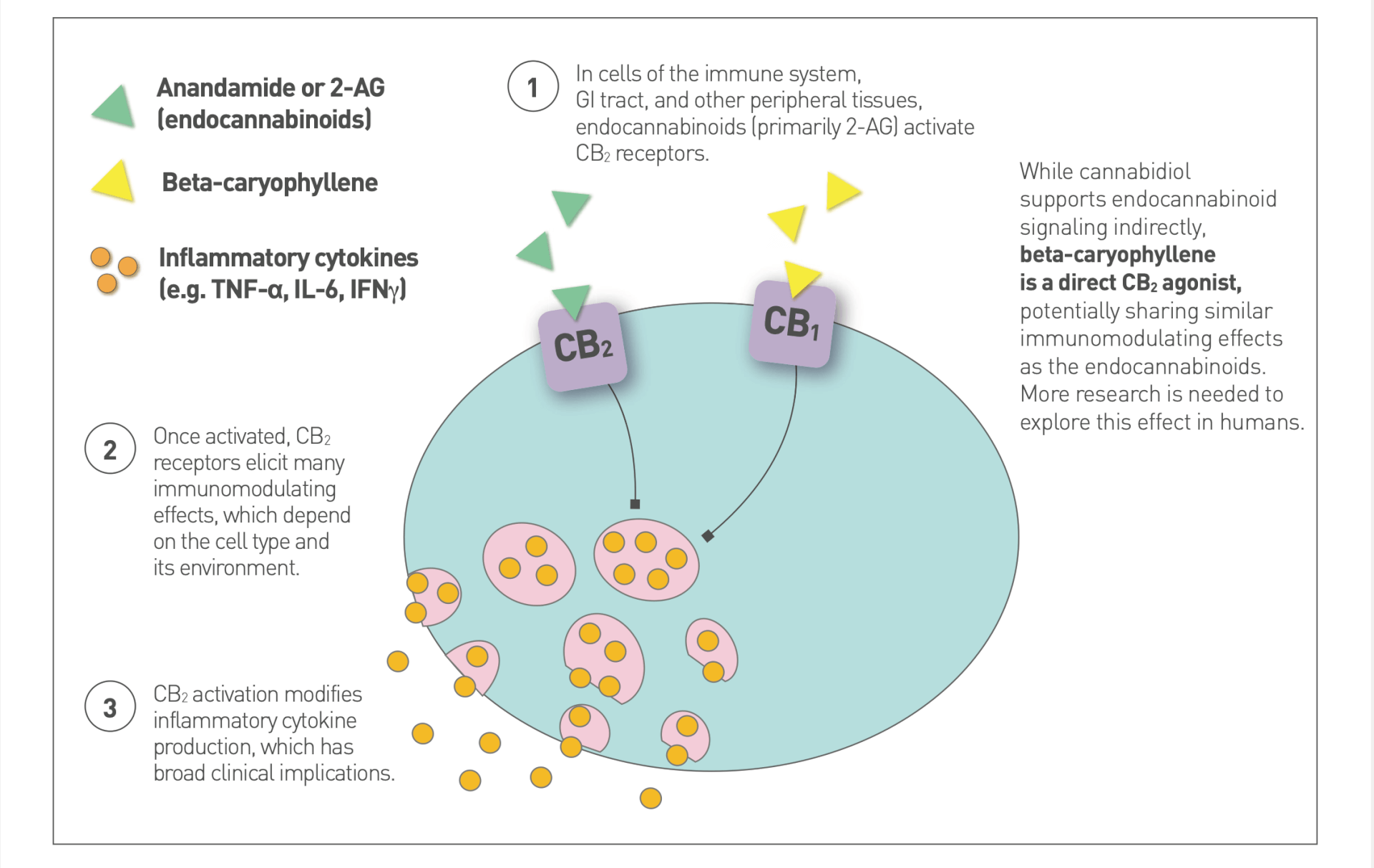 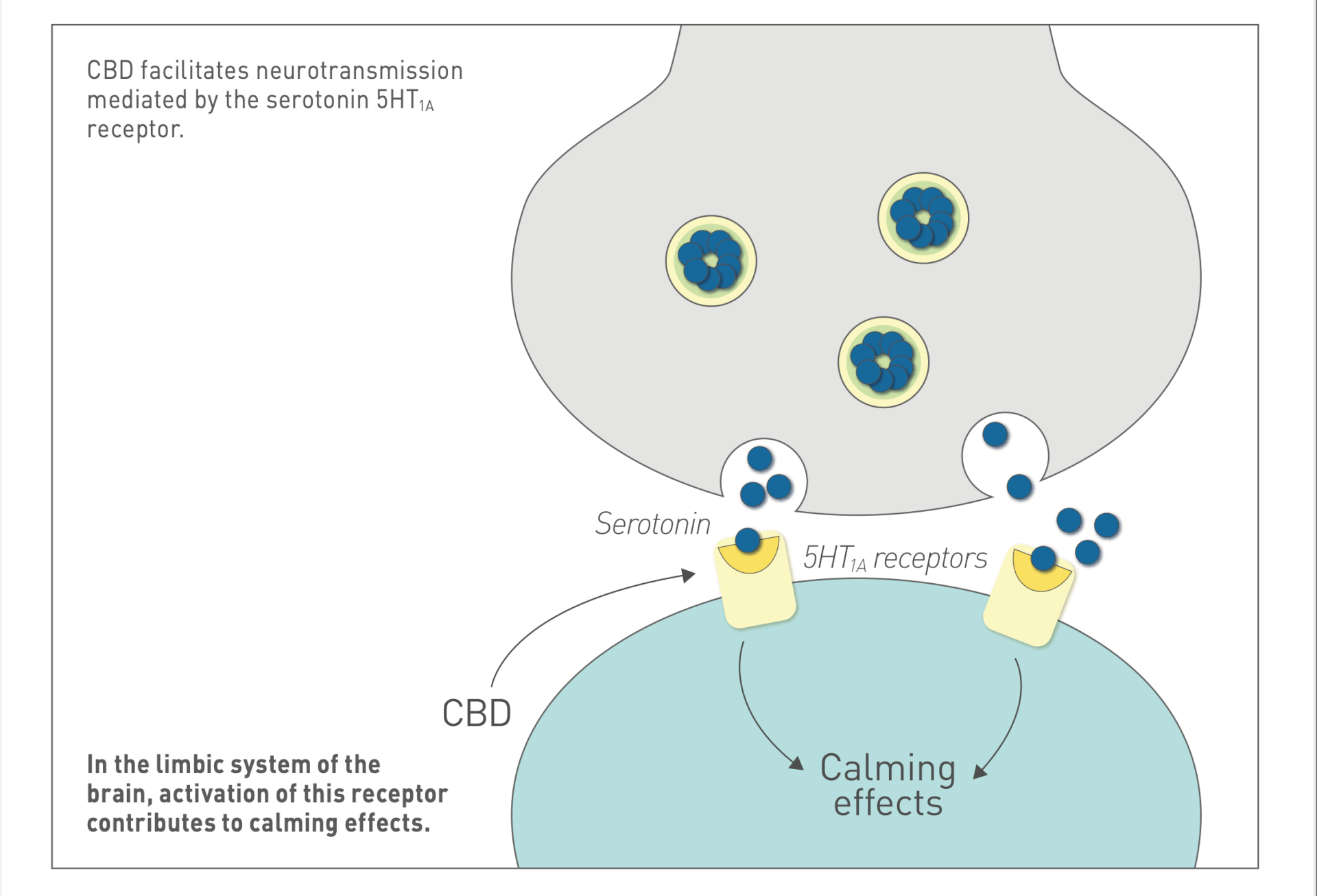 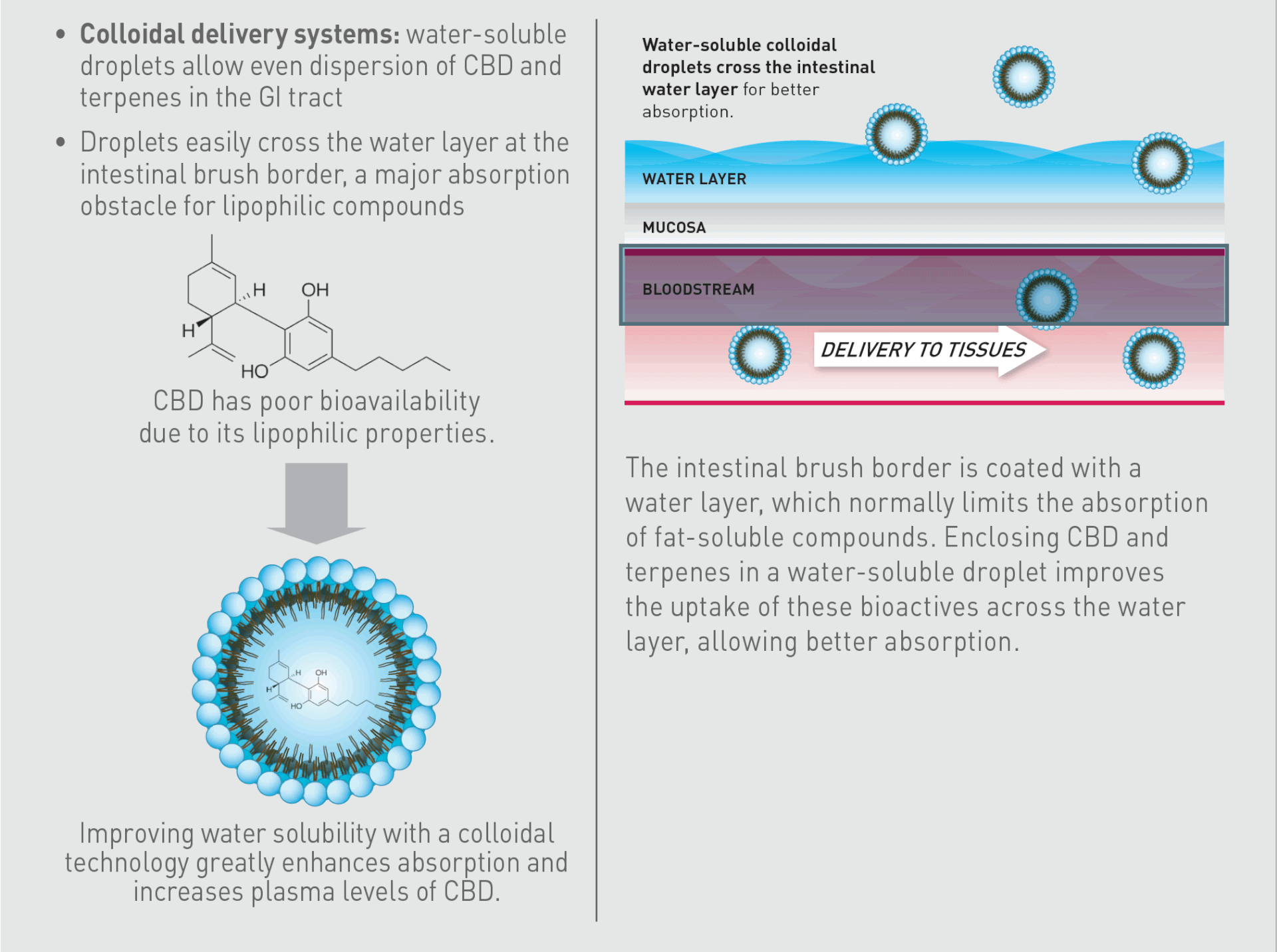